A major problem with pest birds is the risk of disease that they pose – and it is not just the birds themselves that are the carriers but also the bugs that make their homes on birds.

Birds such as starlings, pigeons and sparrows have been known to carry bed bugs as well as bird mites. 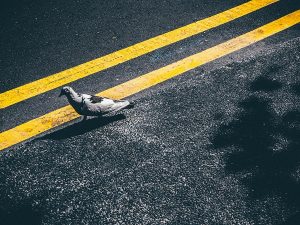 Feeding on the blood of the birds, the bugs make their home on the bird’s bodies. While it is unusual for these bugs to then move to a human body as a host, it is a possibility – and something that you certainly want to avoid at all costs.

Bird mites are minuscule and can only usually be seen after feeding on blood at which point they appear as tiny dark flecks.

Should these mites end up attacking human skin they will make it extremely itchy and will need to be dealt with as quickly as possible.

The bugs can be found either on the bird or in their nest so it is important to take care when around wild birds or when dealing with an old nest.

There is also a threat from insects that have bitten a bird and become a carrier of a particular disease as a result.

This has been identified as a problem in many areas due to the threat of mosquitoes passing on the West Nile Virus, which can in some cases prove to be very serious.

The over-riding message would be that a cautious approach is wise when dealing with bird nests near to your home or business property and to avoid unnecessary exposure to pest birds.

As well as the potential for contamination coming from bugs carried by, or infected by birds there is the threat of airborne disease from bird droppings. These include salmonella, psittacosis and histoplasmosis.

It is advisable to deal with a problem with pest birds as soon as possible to minimise the impact on both health and surroundings. Given the risk of disease it is important to seek professional advice from bird control experts who will be equipped to deal with the problem safely.

For more advice on tackling pest birds on your property please get in touch with Total Bird Control.

‘Thanks to Ashley and his team for a swift and efficient job in our garden. Great results achieved and everything left tidy all cuttings removed in addition to taking away some old fencing we had. … END_OF_DOCUMENT_TOKEN_TO_BE_REPLACED

Total Bird Control were selected to supply and fit some netting to our rear service yard. It was such a complex job we were worried if it could be done, however when it was completed it was amazing an… END_OF_DOCUMENT_TOKEN_TO_BE_REPLACED

We just wanted to say, firstly, how pleased we were with the work done and, secondly, how impressed both our housesitters and our neighbours were with Michael Nash, the young man who did the work. Bot… END_OF_DOCUMENT_TOKEN_TO_BE_REPLACED