Pest bird species and the debris they leave is a real magnet for insects and bacteria. The faeces of birds, especially starlings, gulls and pigeon droppings, are creating the perfect environment for the development of pathogens. Many of these pathogens are dangerous to humans.

When they are isolated, these droppings are usually harmless, but when faeces are not cleaned and left to accumulate or there is an increase of droppings due to pest bird infestation, the hazards that these droppings bring are significantly higher. 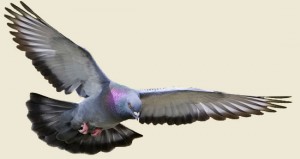 According to official statistics, the number of birds, especially gulls and pigeons, that live in urban areas has increased drastically in the last decade. One of the reasons for this is the fact that these birds are true scavengers and they can easily live by eating food leftovers, litter and even the content of dustbins. On top of that, they have adjusted to urban living and they can make any part of a building their home including high ledges, balustrades and parapets.

Six out of ten birds that belong to these species may have dangerous bacteria in their system. People can be exposed to the effects of these bacteria by breathing then in once the faeces become solid, dried and powdered in large quantities.

There are two common health issues caused by bird faeces

First, there is salmonellosis which is triggered by Salmonella bacteria. Literally, every bird species can have these bacteria in their faeces. People can get infected by drinking water or consuming food that was contaminated by the bird. Vomiting, diarrhoea, abdominal pain, nausea and fever are some of the common symptoms of salmonellosis.

The other common health issue is ornithosis. This health problem, also known as parrot fever and psittacosis, is triggered by Chlamydophila psittaci bacteria. In most cases, people are infected by parrots even though pigeons can carry the bacteria too. The symptoms are very intense and similar to the ones caused by salmonellosis.

These diseases are very rare but it’s always best to be aware of them.

If you’re experiencing bird pest problems and need assistance, please do not hesitate to get in touch.

‘Thanks to Ashley and his team for a swift and efficient job in our garden. Great results achieved and everything left tidy all cuttings removed in addition to taking away some old fencing we had. … END_OF_DOCUMENT_TOKEN_TO_BE_REPLACED

We just wanted to say, firstly, how pleased we were with the work done and, secondly, how impressed both our housesitters and our neighbours were with Michael Nash, the young man who did the work. Bot… END_OF_DOCUMENT_TOKEN_TO_BE_REPLACED

Total Bird Control were selected to supply and fit some netting to our rear service yard. It was such a complex job we were worried if it could be done, however when it was completed it was amazing an… END_OF_DOCUMENT_TOKEN_TO_BE_REPLACED

‘May I mention to you as a company that you pass on my thanks to Mike Nash and colleague for his professional and efficient netting of our roof yesterday. I have also expressed my satisfaction to my M… END_OF_DOCUMENT_TOKEN_TO_BE_REPLACED